What A response!!
Alhamdullilah..
more than 45 people came for the meeting (not including for those who didn't sign the attendance sheet)..

a meeting is held to set up a body/association of Malaysian Komiks Association..or known as "Persatuan KOmik Malaysia" aka PeKOMIK.. to promote and push Malaysian Komik Scene to boldly go where no other Malaysian comic has gone before...

the meeting took place for about 3 hrs..n a half...not includng 1 hr delay ( i hope the meeting is worth waiting)...

so we..finally up to conlusion on the PeKOMIK organisation chart...and here are pict of particapants of the meeting:
(pic taken 3hr later during the meeting..) 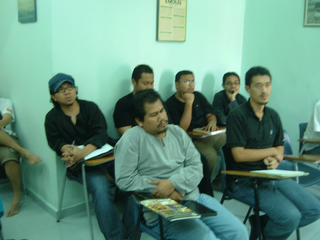 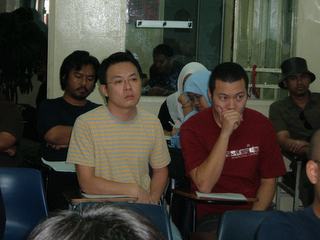 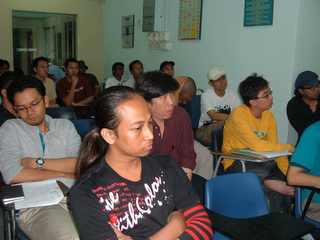 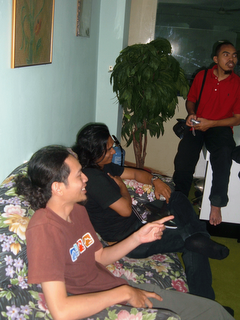 So what's next? Do we get a secret handshake? Sacrifices under the moonlight?

When can we start taking over the planet?

Once again there is pain & I'm out on the road, Blood Red Sandman's coming home.

Sorry, I couldn't get that song out of my head. Hail PeKOMIK!

You can find me here too..

Where it all begins

Other Stop in the Web

On malaysia i use as reference